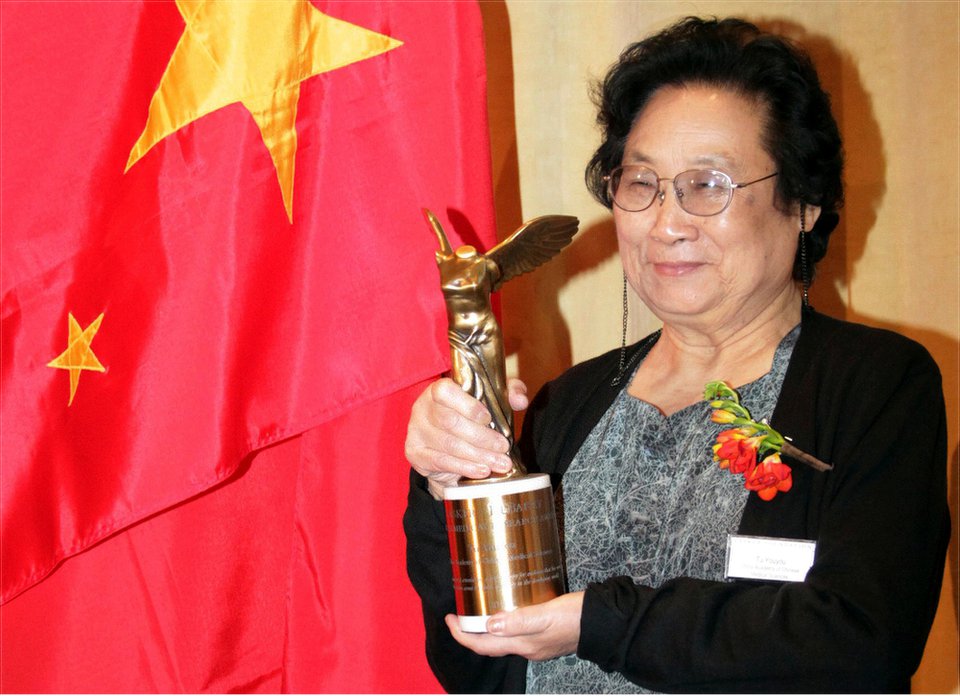 This photo released by the Xinhua News Agency October 2015 and is taken 23 sep, 2011. Chinese pharmacologist Tu Youyou poses with his trophy after winning the Lasker Award, a prestigious medical prize awarded in New York, USA.

Tu Youyou receive the Nobel Prize for his discoveries concerning a new medicine against malaria.

She used traditional herbal medicine as a starting point. With great patience, she read through an extensive material, recorded for the 1600 years ago, which was about traditional Chinese herbal recipes. She further developed these ancient recipes with the help of modern medical science. She found including a recipe how to use the plant artemisia (qinghaosu) mot malaria. This plant was the basis for the successful malaria drug that resulted from Tu Youyou's research.

Alfred Nobel's wish was to praise that which is of benefit to mankind.

Malaria is the disease in the world as the biggest killer. It is mainly the poor of the poorest people who die of malaria. Thanks Tu Youyou's stubbornness, ingenuity and countless experiments are the potent malaria drug Artemisinin available. Medicines developed from the Tu Youyou's research is estimated to have saved millions of lives in Asia, Africa and South America. In the countries where the medicine is used, mortality rates have fallen considerably. She is a worthy recipient of the world's most prestigious science prize in medicine.

She shares the year's Nobel Prize in Medicine with William C. Campbell and Satoshi Omura, receiving the prize for their discoveries concerning a new therapy against infection caused by parasitic worms.

Tu Youyou born on 30 december 1930 i Ningbo i provinsen Zhejiang. Between 1951- 1955 she studied at the Peking University Health and Science Center. Since 2000 She is head professor at the China Academy of Traditional Chinese Medicine.

Fan Xiulan pleased with all his heart that the spotlight is directed at Tu Youyou who are well versed in traditional Chinese medicine and as with its successful research highlighted the wisdom concerning herbal medicine and prescriptions found in the ancient writings that were written in China over 1600 years ago. 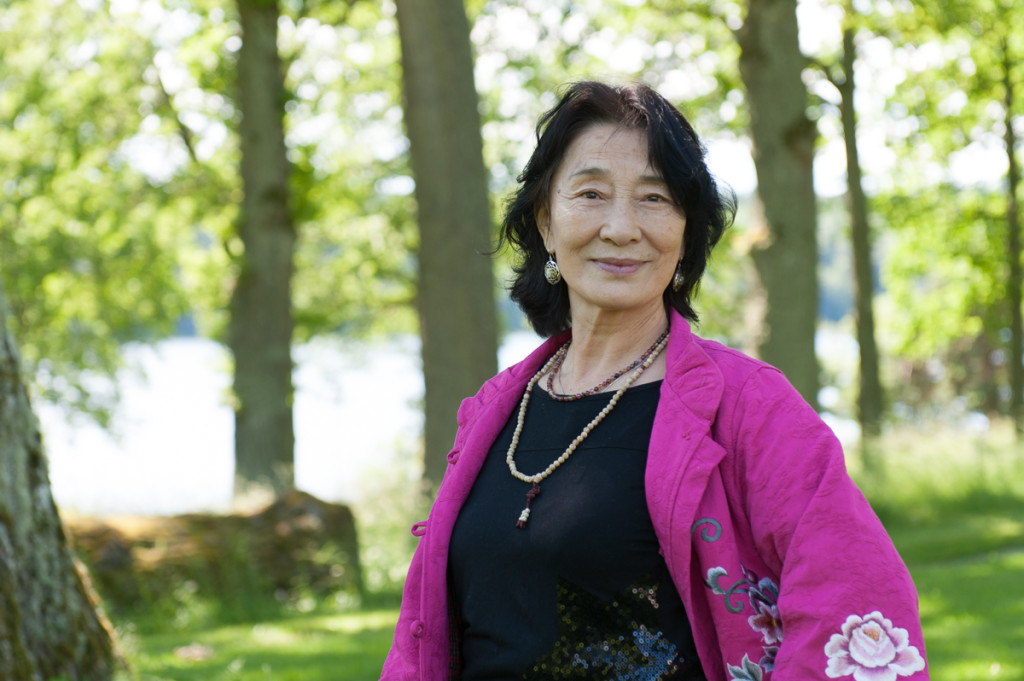