What Chinese medicine has given me?

After a few years of office job I had stress related problems. My stomach hurt after I've eaten, I thought I would vomit after every meal. I could just lie down and rest after dinner and wait for it to go over.

I was with western doctors 2010 and surveys to investigate what was wrong. But could not find anything immediately wrong with me, I got Collection diagnosed with IBS (Irritable Bowel Syndrome, or irritable bowel syndrome).
There was a medication I had to try really are against ulcers that may work in some cases. But the medicine did not give any significant improvement.

I thought then that I get to try other roads.

A couple of years before I learned the first of Biyunmetoderna. I had not trained any further earlier, but felt it was worth it to start exercising regularly to see if it can help against stomach irritation.
I also took the help of a Chinese therapist who worked at Fan Xiulan. She gave me fotzonsterapi according to Chinese medicine. It was very painful when she pressed the points under the feet which correspond to the stomach and intestines.
But after reading it felt amazing in the body. As soft, strong and vital in the legs. I took such a treatment once a week, ten weeks in a row.
I also acupuncture treatments, about once a week. I felt the energies flowing around the body on me, in a similar way as when I trained Biyunmetoderna. Very pleasant and beneficial.

Slowly but surely I got better. I was very grateful for the help I received.

I wanted to go more courses for this to extend health benefits. So I went to Dong Gong and Five Elements. And felt satisfied where, I had no plans to become an instructor who came up after entering the Five Elements.

2012 I followed and my partner with Fan Xiulan and Niko traveling to Beijing and Hainan. It was a trip that really transformed me. All experiences and the concentrated time with Fan Xiulan as the company did good for both body and soul.

2013 I went down to part-time at my office job and started studying acupuncture. I finish with education spring 2016.

I want to help others with the same medicine that worked for me. So I teach Biyunmetoderna, offers acupuncture and massage treatments.

Traditional Chinese Medicine and Fan Xiulan as my master has given me a completely different direction in life. Before 2012 I was a lot more reserved person and egotistical. Fan Xiulan, among other things, taught me the importance of giving.
Give good operating practices and processes can I do now thanks to my education. 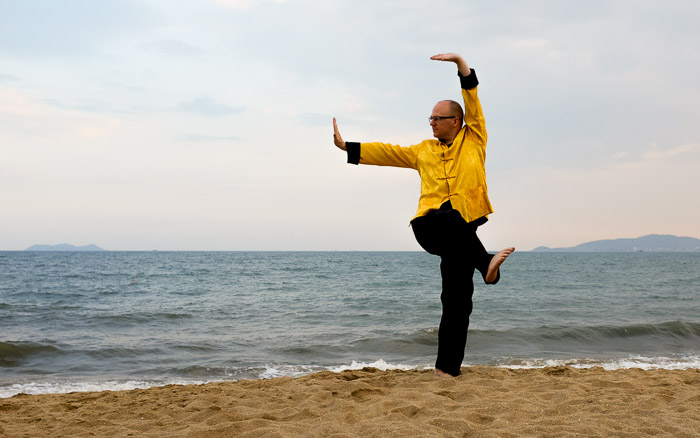